2020-02-06 15:09:46
"Millennium plan, national events." In April 2017, the Central Committee of the Communist Party of China and the State Council issued a notice to decide to set up the Xiong'an New District in Hebei. This simple eight words is enough to clarify the weight of the Xiong'an New District. With the establishment of the new district, domestic truck and parts manufacturing enterprises also regard Xiong'an as a strategic focus for the formation of their troops, and promote their respective main products.

As the eldest son of the national car, FAW Liberation has always responded to the call of the state to actively promote the construction of the new district. The FAW Jiefang Engine Division also responded in a timely manner. On September 8th, 2018, the "Jinjin Jiewei Wujie" liberation light truck equipped with 4DB1 new national listing and the Xichai Jinwei brand release event was held in Xiong'an. The release of the Xicai Jinwei brand in Xiong'an has undoubtedly added a new â€œpowerâ€ to the construction of the new district and accelerated the development of the new district. 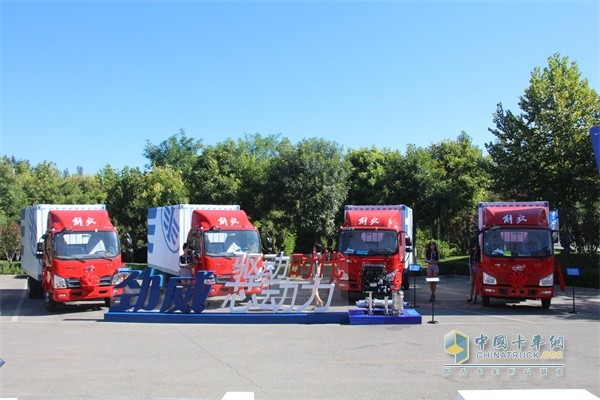 After 75 years of brand and technology precipitation, FAW Jiefang Engine Division has become a "China's leading, internationally renowned" high-end power brand supplier while focusing on engine R&D and manufacturing. From heavy truck power brand Aowei, to China Card Power brand Hengwei, to light truck power brand Conway, Xicai's â€œSanweiâ€ has become a brand of reputation for domestic and foreign users. Today, the Jinwei brand is officially released as the inheritor of the Aowei lineage in the field of light engines. 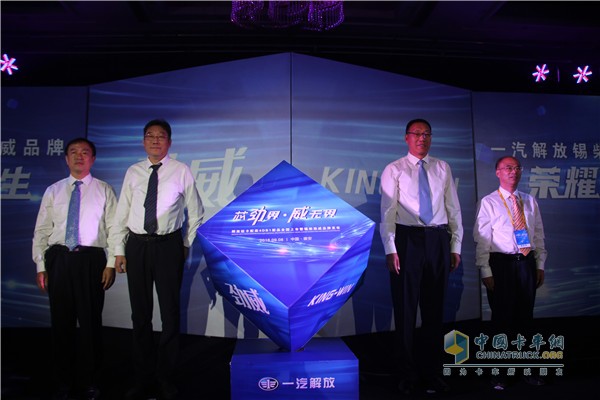 Qian Hengrong, secretary of the Party Committee and General Manager of the FAW Jiefang Engine Division, said at the event: As a brand new member of the "Wei" brand of the Liberation Engine Division, Jinwei will form Xichai with Aowei, Hengwei and Conway. The new four major product brands, with a more advanced concept, more advanced technology, and more reliable quality, boost the overall high-end of the engine division's heavy, medium and light engines. What is important is that the four brands of Xichai are constantly changing with the market. 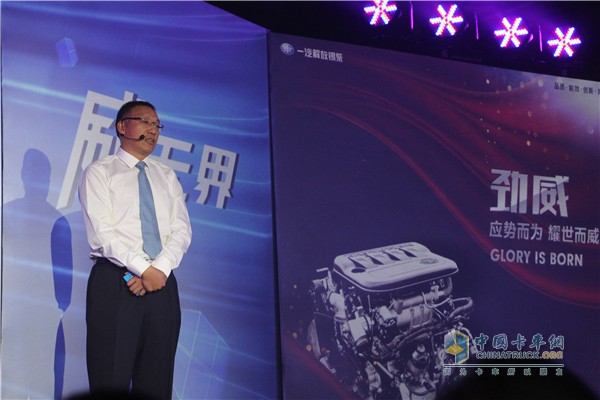 As everyone knows, FAW Liberation has firmly sat in the top of the heavyweight card sales champion, and Liberation is also constantly striving to lay out the strategy of independent light truck products. The Jinwei brand is released, and the liberation of light trucks will take the lead in â€œearly adoptersâ€. At the press conference, the Liberation J6F and Tiger V light truck products equipped with the Xicai Jinwei CA4DB1 engine were also officially launched. This means that the liberation light truck is equipped with the â€œliberation of the original machineâ€, which will effectively promote the national brand upgrade and build a high-end light truck. The work will impact the existing high-end market of light trucks and rewrite the competitive landscape of the light-duty vehicle industry. It will also follow the J6 heavy-duty truck and set a new benchmark for the light truck industry. 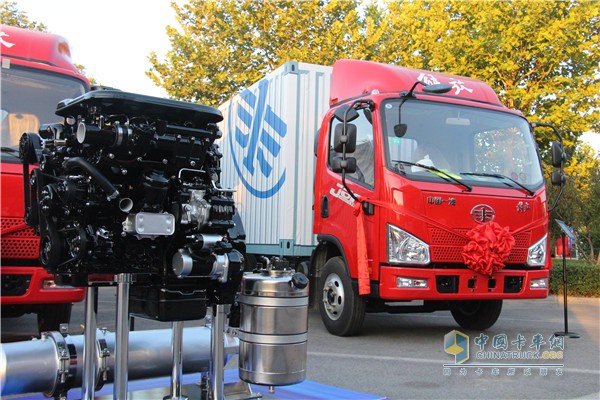 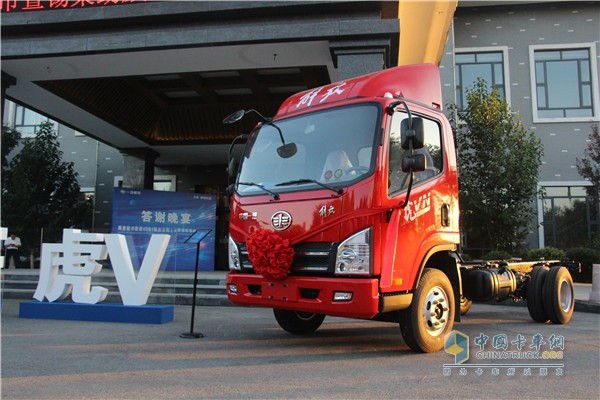 According to the Chinese truck network reporter, the new J6F and Tiger V models equipped with the Xicai Jinwei CA4DB1 engine not only have the characteristics of high safety, high reliability, high power and low fuel consumption, "three highs and one low", but also operational value. There are considerable advantages. It is understood that according to the calculation of 50,000 kilometers in one year, Jinwei DPF technology, long oil change and ultra-low fuel consumption and other performance characteristics can save the user a cost of 6,580 yuan, and further reduce the cost and efficiency of the transportation process. 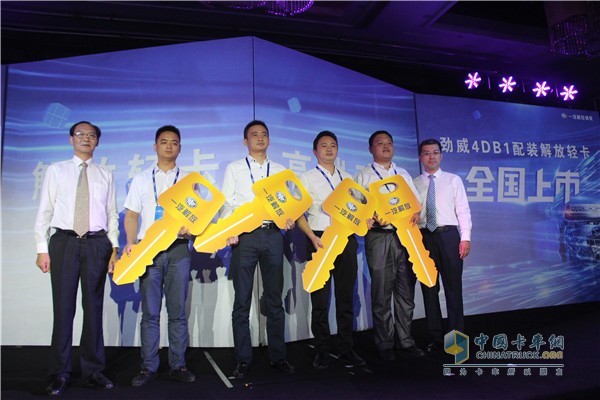 As the first series of products of Xicai Jinwei, the 4DB1 engine debuted based on the international advanced development concept, the new 2L engine, power coverage of 110-130 horsepower, can meet 1.5-2 tons of high-end light trucks, light passenger cars, pickup trucks, SUVs and A variety of power needs, such as non-road machinery, have four core value advantages of â€œlight, precise, strong, and progressiveâ€.

Lightweight is an important trend in the current industry development and manufacturing companies to develop products. It is understood that Jinwei 4DB1 engine cylinder block is integrated and lightweight design, the net weight of the product is only 250kg, and the same displacement engine is the lightest. The product is also the first in China to adopt the Twins-tan Î¸ high vortex double tangential inlet and four-valve intake system, which greatly improves the charging efficiency, and the maximum explosion pressure design of up to 1800 bar, with lower fuel consumption. In addition, the engine's overhead camshaft + roller rocker structure and gears use a high-tooth noise reduction tooth profile design, which will also greatly reduce the noise during operation.

Hou Fujian, deputy general manager of FAW Jiefang Engine Division, introduced: Based on the precision and innovative lubrication system structure and the labyrinth cylinder cover structure, the reliability of Jinwei products is higher. The core components of the fuel system and piston of the products are all from the top suppliers of the industry. The engine 12MIS reaches the advanced level of international light trucks. After three generations of development, Jinwei completed the 20,000-hour bench and 1 million-kilometer vehicle reliability test, and has a genuine B100 life of 400,000 km. According to the actual working conditions of Chinese light truck users, it can achieve the best price-performance long oil change mileage of 40,000 kilometers leading the industry. 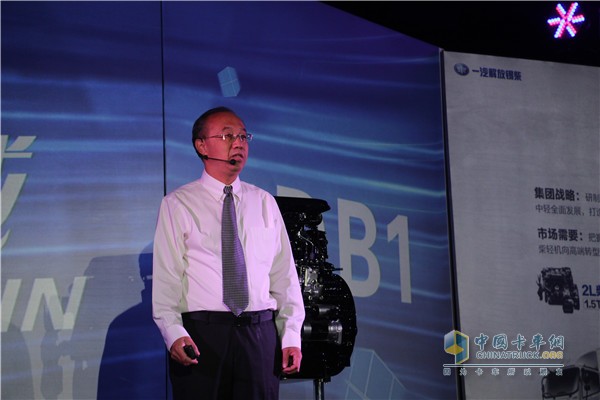 In addition, in terms of power, the power of the engine reaches 45.5kW/L, which is more than 10% higher than that of the same displacement diesel engine. The maximum torque is 350Nâ€¢m, and the low-speed torque can reach 230Nâ€¢m, ensuring a strong start. The overhead camshaft structure, while matching the small volute booster, achieves low speed and high boost, making the vehicle speed more powerful.

In the face of the upcoming "National Six" exam, the FAW Jiefang Engine Division is ready. The reporter learned on the spot that Xichai Jinwei products adopt Bosch common rail + EGR + DPF technical route, and the emission standard starts from the national five, and at the same time has the potential of the national six. In addition, the products borrow international top development resources, combined with the actual working conditions of various regions in China to carry out vehicle performance calibration, with complete independent intellectual property rights, and innovative high-end light truck power. With its superior technical strength, the Xicai Jinwei CA4DB1 engine has been enthusiastic since its inception, and has successfully achieved support with mainstream light truck manufacturers such as Liberation, Hongta, Dongfeng, Shifeng, Kaima and Wuzheng.

The wind is strong, Yang Guowei. The launch of the Xicai Jinwei brand and the nationwide listing of the 4DB1 liberation light truck fully demonstrates the ambition and determination of liberation to become a big and strong light vehicle business. At the same time, it also indicates that liberation is once again at the forefront of the industry in accelerating the development of China's independent high-end light engines, accelerating the upgrading of China's mid- to high-end light trucks, and helping to build the Xiong'an new district.